The Warre hive was designed by a French beekeeper called Abbe Warre in the early 20th century. The idea was to design a hive where the manipulation of the colony was kept to a minimum and the hive could increase in size, as the bees needed more space. The hive consists of a series of equal-sized chambers that are square and have a volume of about 20 litres.

The top of each box is a series of eight wooden bars similar to the ones in the Top Bar hive except that these do not abut but leave a gap for the bees to pass through. As the colony develops and becomes larger, another box is placed below the first to give the bees more room. This continues as the colony gets larger and the theory is that the colony normally develops its comb downward while the colony gets larger and stored honey is kept in the upper chambers. There is a crown board and roof on the first box to provide weather protection.

The main characteristics are:

Recently there has evolved a strong following for those advocating Natural Beekeeping as a better method of keeping colonies of honey bees. Natural Beekeeping is a broad term for a range of beekeeping practices that vary from providing a cavity where bees are left alone to develop and (hopefully) survive until ready to swarm and move elsewhere. At the other limit to Natural Beekeeping there are those that keep bees in Warre or top bar hives and minimise the number of inspections. The belief behind these methods of keeping bees is that intervention by the beekeeper is both stressful and harmful to the colony and should be minimised. Unfortunately, whilst this sounds like good practice, it can result in colonies swarming and disturbing neighbours and it can also mean that colonies can suffer and die because manipulations or medication has not been applied to control disease.

There is much debate between conventional beekeepers who use hives with moveable frames and those who use Top Bar hives about the best way to manage bees. This debate will continue indefinitely as in the end all beekeepers care for the animals they have and, while there are advantages in each way for the bee, there are also problems with each approach. Only bad, incompetent or ignorant beekeepers will treat their bees in a way that is harmful to them.

Because of the difficulties facing honey bees and the dramatic reduction in feral colonies since the arrival of Varroa in Europe and across the world, interest in keeping bees in a similar environment to the wild has increased. Honey bees have not only suffered because of the prevalence of Varroa but, like all pollinators, they have suffered because of a lack of habitat as farms have become larger and more mechanised. These days, pollinators often appear to exist in greater numbers in urban areas than they do in the countryside!

Excerpt from the book: The bbka guide to beekeeping 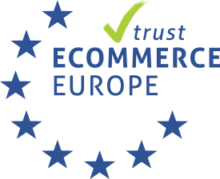